1,000 Cups of Coffee: My Journey from Soldier to Civilian Employment 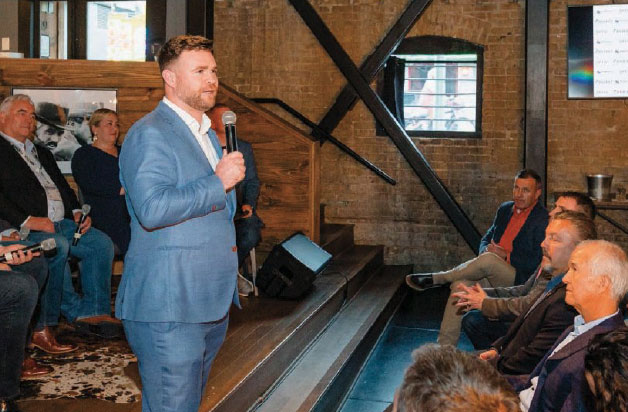 Approximately 62,000 active duty Soldiers transition out of the U.S. Army every year. For me, that process began when I started my terminal leave in May 2021. After nearly a decade with the U.S. military, serving in Iraq, South Korea and Fort Hood, I finally found myself settling down in Austin, Texas. Although I had years of experience in leading global operations and project management, 1 still had no idea what I wanted to do, and I had the thought every transitioning Soldier experiences. I need a job, and I need it now!

Thankfully, my father, Peter Newell, a successful Army officer turned entrepreneur, gave me solid advice: Be comfortable with being uncomfortable in order to reach your potential.

I started with a severe case of imposter syndrome, with the unshakable feeling that the skills and talents I accrued in my eight years in the Army wouldn’t translate to the civilian world. In units where commanders valued innovation, as in deployments, I exceeded expectations and helped drive mission success because I was able to try new approaches. But under other commanders, my ideas and abilities were limited to the rank on my chest. To quote a former commander the first time I had met him: “Defense Innovation is a 2030 vision which isn’t a real thing. If you care about this stuff, you should stop wasting time and get out of the military.

Upon starting terminal leave, I began my journey of having conversations over “1,000 cups of coffee” to find my path.

This website uses cookies to improve your experience while you navigate through the website. Out of these, the cookies that are categorized as necessary are stored on your browser as they are essential for the working of basic functionalities of the website. We also use third-party cookies that help us analyze and understand how you use this website. These cookies will be stored in your browser only with your consent. You also have the option to opt-out of these cookies. But opting out of some of these cookies may affect your browsing experience.
Necessary Always Enabled
Necessary cookies are absolutely essential for the website to function properly. These cookies ensure basic functionalities and security features of the website, anonymously.
Functional
Functional cookies help to perform certain functionalities like sharing the content of the website on social media platforms, collect feedbacks, and other third-party features.
Analytics
Analytical cookies are used to understand how visitors interact with the website. These cookies help provide information on metrics the number of visitors, bounce rate, traffic source, etc.
Advertisement
Advertisement cookies are used to provide visitors with relevant ads and marketing campaigns. These cookies track visitors across websites and collect information to provide customized ads.
SAVE & ACCEPT
Powered by